Google Inbox, looking beyond the hype

Last week Google launched ‘Inbox'. The tech, email and marketing community dove into this revolutionary application. All sorts of long-term predictions were made, ranging from the monopoly of email to the death of email. So, now the smoke has cleared, let's check which new opportunities are opening up…

First, what is Google Inbox exactly? It's an email application you can add to your smartphone, tablet or web interface. And what does it does is load the emails from your Gmail account, and presents them in a new way. Emails are grouped together in bundles, and bundles are arranged according to their importance. It also adds highlights (like images, documents, locations, …) below each email. They also added actions to an email, so you can quickly access actions like remind, assist (e.g. add a Google map location to a restaurant reservation) and snoozes. Next to these key changes, there are also a variety of extra features and functionalities.

Some email marketers are scared off. They fear that promotional emails will be downgraded in this application. But let's make one thing clear: Google Inbox is exactly what email marketers need. And by email marketers, we mean all marketers who work hard to deliver the best possible content, preferably adapted to the need of their readers. If you are this type of email marketer, we assure you: you'll find Google Inbox a blessing!

What Google has been trying over the last years is not to kill email, but to modernize the inbox. The classic inbox of chronological emails which are read or unread, has its boundaries. So Google now tries to build an in-feed, rather than an in-box. A feed that uses email as a medium, but displays it according to the preferences of the user.

The application is also designed from a user's point of view, making it easier and more intuitive to use your inbox. The buttons are placed logically, and the whitespace provides equilibrium and rest. Instead of maximizing the screen fill, Google Inbox lets you scroll (just like your feed in Facebook).

So is this the big change that will revolutionize the email industry? Well, making a prediction like that is nonsense, because if we look at it critically: we should stay alert for the buzz effect. The fact that it is invitation-only creates an online hype that rises quickly. But be aware that a fall can happen even quicker. Just think about the ELLO launch a couple of weeks ago, where the key of the game was to capture an invite, but the activity on the platform was minimal.

“Gmail places interesting emails on top”. That approach reminds us of Facebook's EdgeRank. And you will definitely remember that users complained about Facebook filtering their message. Chronological messaging is also a key reason of Twitter's success. “Inbox groups emails.” Outlook tried grouping emails too, creating long messages rather than single emails. Other platforms tried this to, but users don't like it….

Want to get started? We laid our hands on this new tool because we registered at inbox@google.com. New accounts will be activated soon before rolling it out to the main public.

Keep a good eye on Google because they are a game changer that tries to modernize emails. They think from a user point of view, which you, as a marketer, should do too. So if you are looking for great reading experiences, Google Inbox will definitely support you. But, will this be the ultimate tipping point in email experience? We will just have to wait and find out. 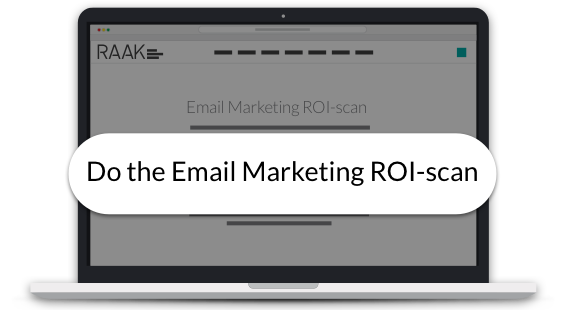 8 ways to redefine existing content for email campaigns
All articles